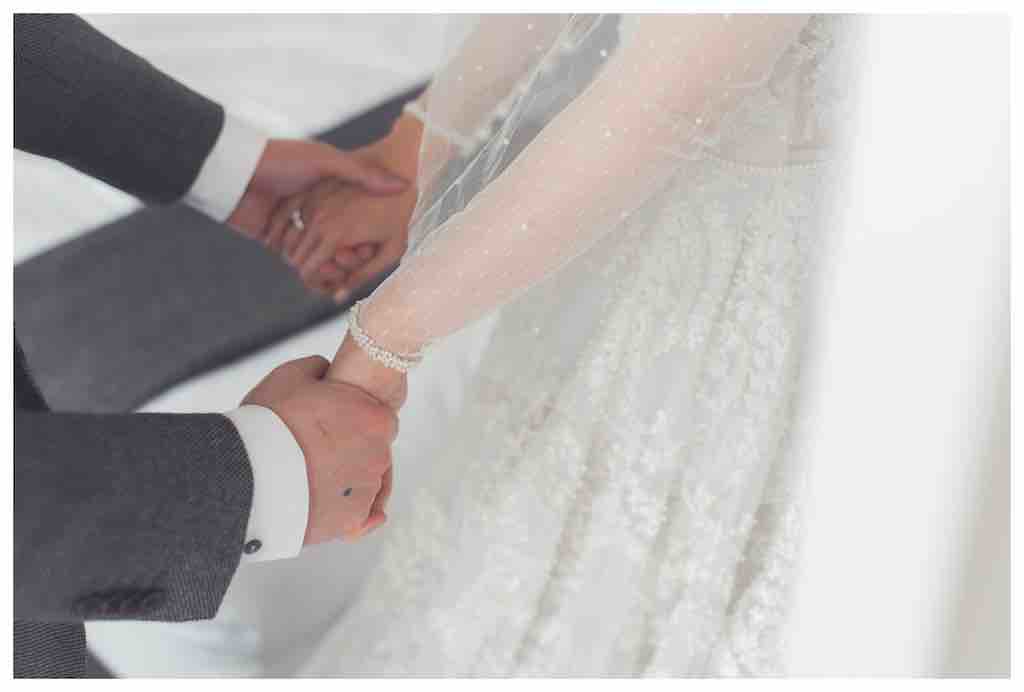 We were all strangers to each other, coming together to celebrate our dear friend’s last few days as a single woman. And over the two-hour flower crown making session, we got to know a little bit more about each other.

I was probably the most recently married at that time—it still felt weird to be wearing a ring on your left index finger all the time. Then someone asked, “How’s your first year of marriage?”

She was asking another woman, and soon everyone talked about their first-year experience. One said that it was wonderful, another felt that it was okay. Nothing like the bed of roses advertised everywhere.

Then there was this one woman, who described her first year of marriage with such passion. 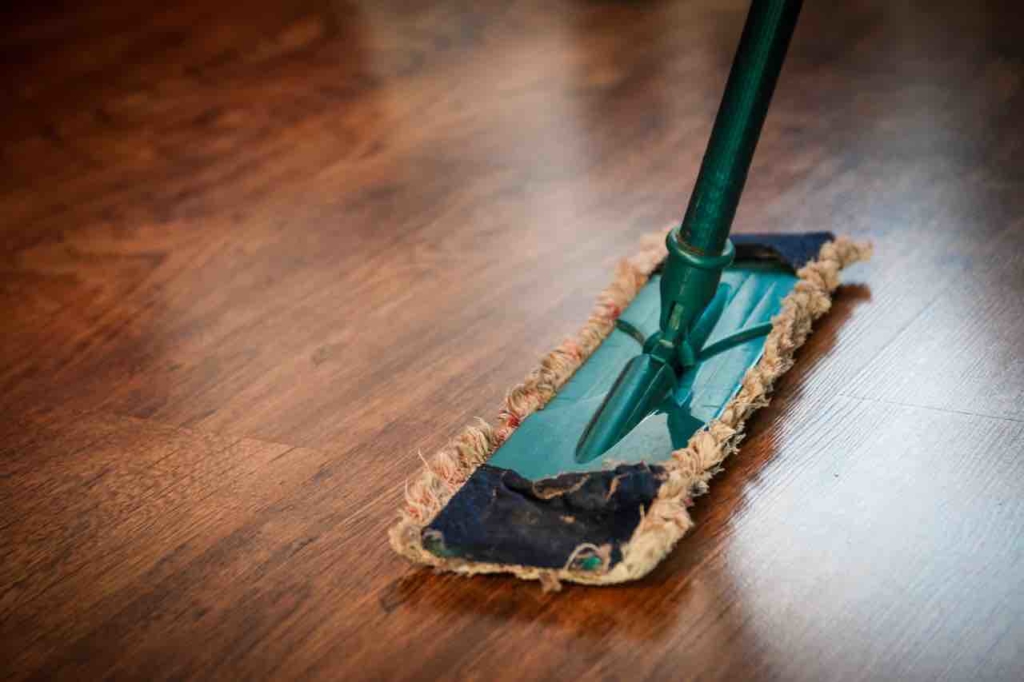 I am what you call a band-aid cleaner. Okay, I just made up that term, but what I mean is this: I mostly clean stuff when I see that it’s dirty. And I clean sort of superficially. Like, if the TV cabinet is dusty, I merely pick up a paper towel, put a bit of water on it, and wipe the dust away. I don’t do move-everything-off-the-cabinet-and-wipe-everything-with-a-towel-with-disinfectant kind of thing. As long as I don’t see too much dust, I can live with it.

My husband, Tjok, on the other hand, is what you call a deep cleaner. When he cleans the toilet, he literally scrubs everything. While my definition of vacumming is to just vacuum all surface in ten minutes, his definition equals to channeling his upper arm muscle to repeatedly vacuum the surface until not a single spot of dust remains.

We had just started gardening over the long Easter weekend, transplanting some vegs seedlings into a self-watering pot that we bought a couple of weeks back. We live in an apartment, and our balcony is not that big (not to mention a lack of water tap outside—we would have to carry water from inside all the time). Still we think it’s a good idea to have a veggie and herb patch.

…I’ll let you know whether it’s still a good idea in a few weeks time.

Anyways, after we were finished with pouring the organic potting mix and transplanting the seedlings and all that, I simply tidied up and ready to call it a day. He couldn’t, however, call it a day just yet. He brought out the portable washer (yes, we have one of those) and proceeded to clean our balcony, removing all the dirt (that I couldn’t see) for the next hour or so.

In sum: I would stop when I think that it’s clean enough. He would not stop until it’s spotless.

Yes, we have different definitions of cleanliness. I was warned once that this would create problems in marriage. 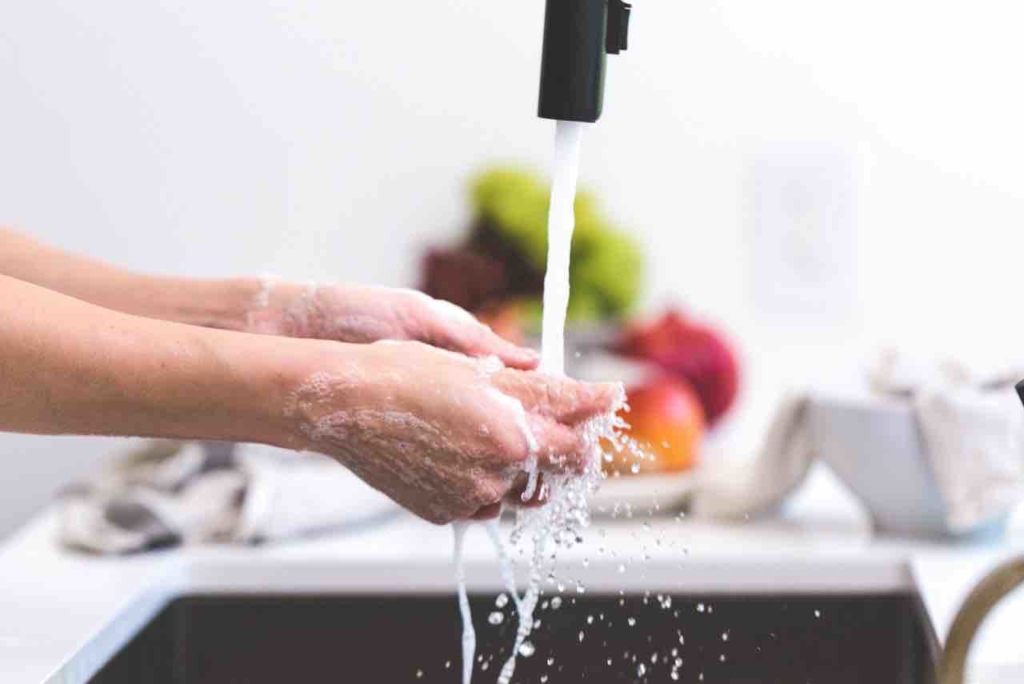 Take another popular household chore: washing dishes. Everyone has their own way to wash dishes, and most often, as long as the dishes get cleaned you wouldn’t really care on how one actually does it. Enter marriage, and you’d, well, care.

I wash dishes fast. And I make sure to use as little water as possible. I would rinse all the dishes, scrub them, and then rinse them once again. And I rarely leave dishes in the sink, unless the pots and pans needs to be soaked overnight. But not my husband.

And (I assume) since dish washing for him takes a long time, he’s perfectly happy to leave the dishes in the sink for a bit until he finds enough time to wash them. (Apparently inn-between TV commercials is not enough time.) I couldn’t wait that long.

After a few months of polite bickering on whose turn it is to wash the dishes, in addition to my passive-aggressive comments on why I am on kitchen duty most of the time (because I couldn’t stand a sink full of dishes), I decided to use the dishwasher.

He was not convinced at first, saying that using dishwasher meant using more water than traditional washing. Then he was not convinced that the dishes were washed thoroughly. But once we started using it, we haven’t once argued about anything related to washing the dishes.

So for the greater good of this marriage we have decided to use the dishwasher almost all the time.

(You see what’s the solution to many marriage problems? Outsource your chores to a third party. Of course not everyone can afford it. #bitterlaugh.)

On a more serious note, I see now why even something as simple as cleaning the house can be a potential source for a gloomy marriage. It’s different to living with a family member or a housemate, because somehow we are more tolerant towards their quirks. We are more likely to expect our partners to do the things the right way. In other words, we put our husbands/wives to a greater standard; we expect them to do things our way.

So this is probably one of the first things we learned in marriage: compromise is key.

And you know what? Lately, I’ve find myself doing things that I wouldn’t normally do but I know would make him happy. I wipe the table more often, even though in my standard it is still perfectly okay. He does as well. Some weeks ago I found him washing the last few plates in the kitchen sink (our dishwasher was already full) straight after dinner.

I guess that’s the other key we’ve learned in marriage: you do things you don’t necessarily like for your loved one.

But you know what? It’s nice.