Here’s the myth. Girls like sporty guys. Girls go crazy for the cute, handsome ones. Girls would choose the bad guys over the nice guys, anytime. 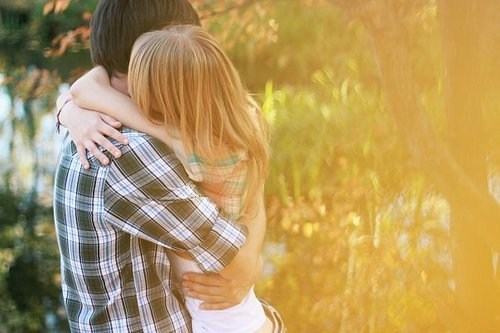 Those are what Hollywood has told us. That there is something about the adventurous, happy-go-lucky guys that would charm the girls, and the guys in the band that would sweep the girls off their feet.

Of course, we all go crazy about Ryan Gosling. Noah in The Notebook is the perfect guy. We like to look at cute guys, and we (sometimes) chatter about how hot that-random-guy-who-just-walked-by is. But as far as we know, we still live in this imperfect world of reality, and we also know that our chance to get the perfect guy, i.e. the handsome, rich, sporty, music-maestro, committed, nice, and loyal guy, is close to zero.

So here are some of the myths debunked. You may or may not agree on my list, but it’s a free country.

True for some, not true for the others. But most girls I know consider playing guitar as a plus point, not as a definitive point. Of course it would make you look cool and put you under the radar for quite a while. But hey, if your personality sucks, it doesn’t matter if you can play guitar, drum, electric guitar, saxophone, and grand piano altogether, your personality still sucks. Well personally, I prefer someone who cooks.

2. Girls will always go for the bad guys.

If the girl’s irrational and proclaimed to be blinded by love, yes. I agree that there’s a charm surrounding bad guys – mainly their courage to take actions, but that doesn’t mean all girls are up for it. Sure, being in a relationship with a bad guy is fun, especially compared to being with a rule-abider, and your life will be an adventure. Not for long though. Soon enough the reality will kick in and you will be angry because all he wants to have is freedom. We know.

3. Girls are crazy for guys who do certain sports, namely basketball.

I think each guy should have a sport that he is comfortable with, but not necessarily being the star of the field. The guys who are super good in sports tend to be the Mr. Popular that are: playboy, too proud of themselves, and highly obnoxious. Especially the basketball guys. Remember your high school basketball team?

I fancy guys who are good (and not necessarily great) at their own frontiers, for example playing badminton, swimming, or even going to the gym. As a result, they would have a healthy lifestyle, and a healthy getaway if they are under pressure, or stressed. Plus, he would have a skill that he can be proud of, so that’s a good point.

Well, we do want someone who’s good-looking, but not to the point when he should score more than seven in the handsome scale. Come on, we know the risk. Handsome guys tend to be having a lot of admirers, and we can go crazy and insecure when every girl stares at our boyfriend as we walk passed. Plus, he would have even more temptations. Someone who is okay looking with a lot of smiles is suffice.

I think the least thing I want from my partner is the highly social type. Sure, they are fun to be with, and they have 1001 stories to lighten up our days. But that also means they have a lot of friends, and I mean, a lot. And I’m pretty sure 80 per cent of them are girls. They are great to have as friends, but most girls would think twice whether to date this type of guy.

6. Girls love the fashionistas – guys who can dress themselves well.

True, but only to some extent. Most girls don’t like guys who are too metro, but wouldn’t want to date those who wear five-year-old t-shirts and sandals to everywhere. We want someone decent, who can dress themselves according to the context.

Almost true. Girls generally would love guys with cars. Our selfishness is: wanting to be fetched to and from everywhere. But guys with fancy cars at this age? A big no. That means you are wasting your parents’ money, being proud of using them, and sometimes, shows that you are materialistic and brand-minded. Well, it also shows that you are rich, but sadly, most rich guys are spoiled and do not know the hardship of life (I apologise in advance if I offend any of you). We want someone who would be able to provide, regardless of your financial background.

So, what do girls want?

You see, character is much more important than the myths that are told. Hollywood movies tell the love stories in two hours. We girls want something that is long-lasting.

At least, that’s what I want.