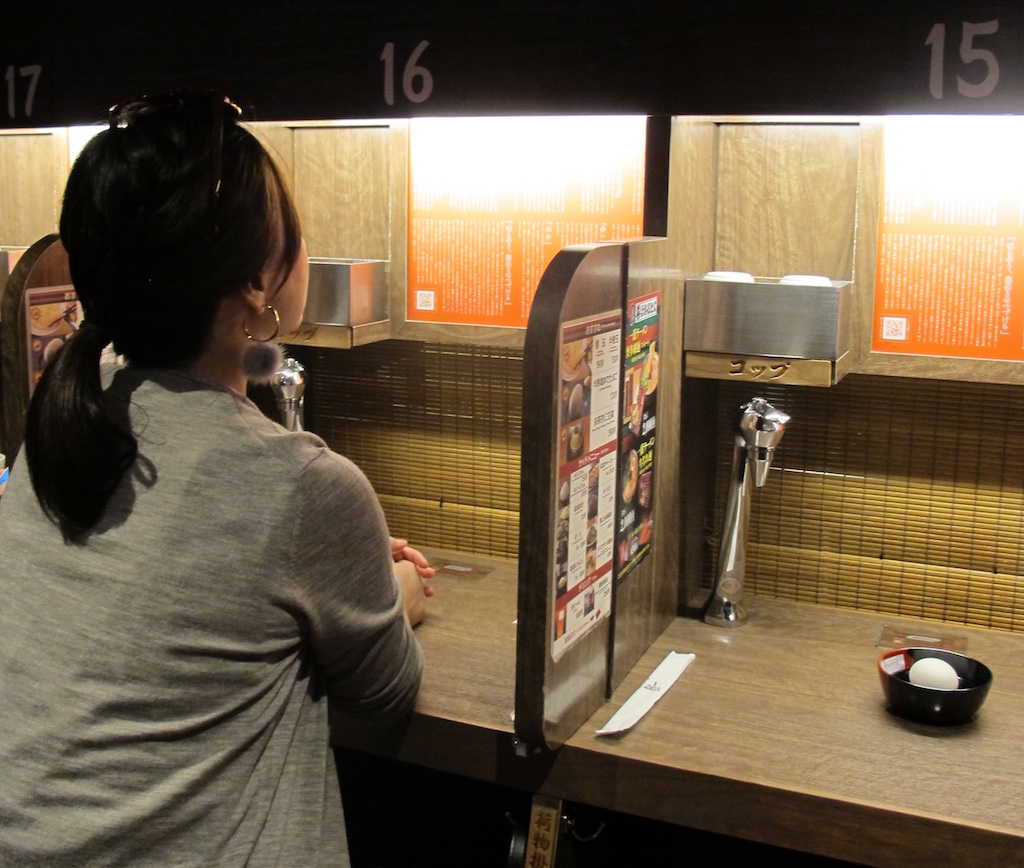 I’m still around, I promise. But like this photo (of yours truly waiting for a bowl of ramen during a recent holiday trip to Japan), 2018 has been a year where I’ve done a lot of waiting. But I’m no longer in ‘the middle of a season’. Yes, I have news to share.

When Tjok and I are getting our own house (in the near future, Amen), he’s promised me that he would get me my own library.

It’s probably not going to be as wonderful as Belle’s library, but I’d take anything that has more than three bookcases, hopefully with a ladder, and fill them with books.

You see, I’ve run out of spaces to put my books in our apartment since, well, since we first moved in. Most of my books are now stored in our basement storage space, and I make the pilgrimage to take out some books (and return some) once a month. Yet despite lacking the physical space to buy and store more books, this year I’ve been reading more than ever before. That’s because I’ve discovered a service that I’ve never really utilised before during my previous seven years in Melbourne: a local library.

It’s been slightly over a year since I’ve found out that I can borrow books, and even reserve the books that are still on order (so I get to be the first one reading that book before it’s being passed to dozens of other people) for free. So it’s only natural that sometime in August this year, I sent in my application to work as a library officer.

You see, earlier this year, I embarked on a quest to find the perfect job.

Honestly, I told very few people of this quest, and only vaguely mentioned it on the blog. I’ve told friends that I’m looking, but not really actively looking. I was happy to stay at home, to cook and write more, and to read even more books. I love being at home, I told them. I only applied to jobs that I really, really wanted. That was why I applied to so few of them.

I wasn’t lying when I said those things, but if I was really honest, perhaps I didn’t really tell the whole truth. Of course I was happy to stay at home, but at the same time I also felt a pang inside my heart, a whisper that said, Perhaps I don’t have what it takes to get a job, despite two degrees and years of experience.

Of course, I told myself that it was my choice to stay at home. I chose to not look for jobs that actively. I chose to live the good life. I convinced myself that it really was my decision to be at home, especially when another rejection letter comes along.

Sometime in August, Tjok said something in passing during dinner, “Perhaps you should work in a library. You love books.”

And something clicked. It’s true: I’d love to work in a library. I love books. I love reading and writing. I get to not write for a living (which is good for me—I can’t seem to muster the energy nor will to write when writing becomes a chore instead of a delight), but I’ll still be surrounded by the written words. It’s perfect.

I looked up the website of my local city council, and the advertisement was there: they were actually currently looking for a casual library officer. I sent in my application. And I waited.

They said that the application process could take up to two weeks, so I waited a tad longer. Yet a month passed, and nothing.

During this time, I didn’t even apply to another job. I suppose I’ve accepted that I’d be at home for a while, and have truly internalised this as my new reality: cooking dinner, reading books, writing the next project. I told Tjok that I’ve never gotten a reply, and he suggested that I called them. Of course, I didn’t. I didn’t want to sound so eager for this job. That would mean that I was desperate, and I was not. Clearly, I had (erm, have) some pride issues.

A month and a day after I sent in my application, I got a call.

They would like to interview me, apologising that it took them such a long time to review the applications, as they had over four hundred applications for that position. I was gobsmacked. “Well done,” the interviewer said, “you’re on our short list!”

The interview went well. The week after, I’ve got a notice that they were calling my ex-managers, who I’ve put as my referees, to ask about my past work. By the end of that week, I got the job.

I started work in mid-October, and truth to be told, I’ve been loving it ever since. It’s a good fit—I’ve worked enough hours to not feel bored at home nor be overwhelmed at the disturbance of my work-life balance, I get to be around books all the time, and I get to actually get out of my apartment and walk around, getting a much needed exercise.

And I still have time to write.

I’ve just finished a draft of my second project, and I do hope that I can share some (good) news soon.

(Let’s just hope that my editor would love it.)

And it took me almost a year, but I’m really glad of how things work out. Others might say that it’s not ideal (it’s not the conventional full-time job where you work from nine to five), but I can honestly say it’s perfect for me. I get to interact with different kinds of people frequently, so fingers crossed that I’d get an idea for the next project.

(I’ve been thinking to start writing fiction, but it’s really outside my comfort zone. Perhaps it can be a New Year’s Resolution.)

This blog post seems to have no purpose. I agree. I’d just like to update you on the things that are happening in my life, as I have been MIA on my own blog for the past few months.

I’ve been caving in, solely focusing on my writing project and not the blog, and truthfully, apart from the news that I am currently an employed individual once again, I really have nothing to share. It’s been a quiet year, full of Netflix binge-watching and books-reading and home-cooking, which is nice. I have a feeling that 2019 is going to be very different though. Let’s revisit that thought this time next year.

So… How’s 2018 for you? I’ve been missing you all. I’m missing this. I hope that this year has treated you well, and even if it hasn’t, I really hope you’ll have hope that beautiful things can, and will, happen soon.

…And I promise to add ‘more frequent blogging’ to my 2019 resolution as well. I hope you’ll still be around to read my words.

Ps. I’ve been thinking of learning Mandarin in the new year as well. Too many people have come to me in the library and just start to talk to me in Mandarin, and I’d have to say, “Sorry, I don’t speak the language.” They would have that startled, disappointed look before trying to talk to me in broken English, or worse, just walk away. That said, I’m not sure where to start. What do you think?