Because it gives you the permission to be… not presentable. 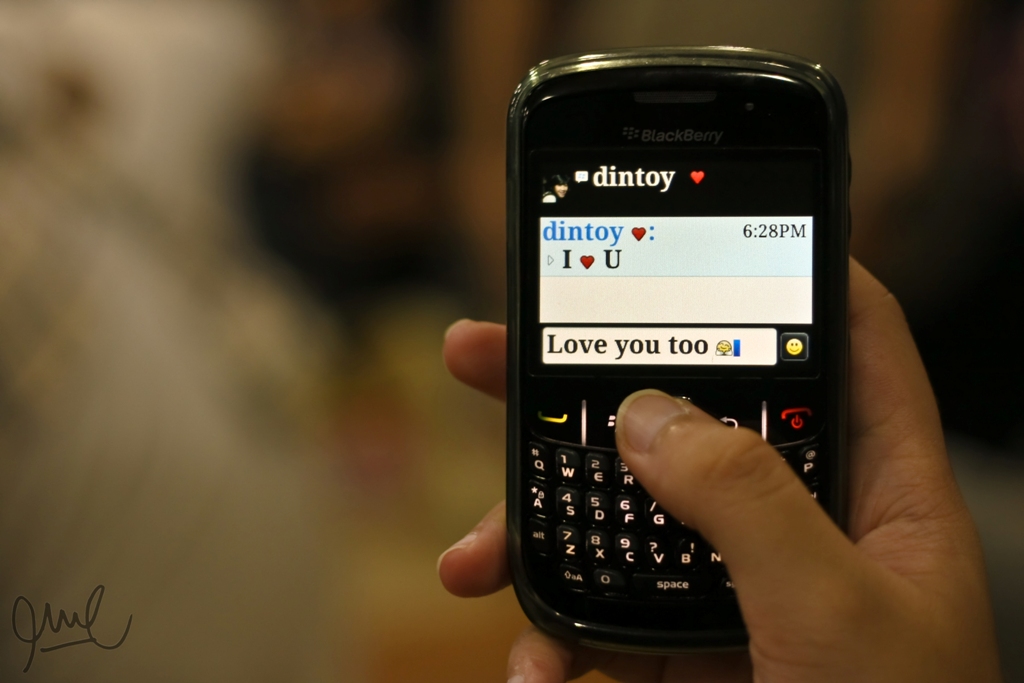 I started using BlackBerry three and a half months ago due to work. Back in Melbourne when I was still a university student, I was one of those Indonesians who only owns one phone (the other 80 per cent of the population usually have a smart phone and a BlackBerry). Back in high school, I vowed to never use BlackBerry for as long as I live.

I will learn to not say that kind of vow anymore.

Short story short, I was given the ultimatum to use BlackBerry for work. In case you think that I’m lying, because, if you really do know me, I would never use a BlackBerry, here’s my BB pin: 24C567FE. See if it’s me behind those random combination of numbers.

BlackBerry Messenger is another form of social media. Really. And it’s moving on a rate that’s much faster than any social media I have ever known.

Some people update their statuses three times a day. Others use it for dropping hints. Another changes his or her profile picture twice a day. One updates her status of being angry with something (traffic, time wasted, her cat), and after ten minutes change it again to some random comments on something.

And people are actually okay with this. In fact, people find this amusing.

You know, if someone updates her status four times on Facebook, complaining about stuff and dropping hints about her crush, the public will crucify her. Or at least, those statuses will jeopardise her image.

In BlackBerry Messenger, it will not.

Is it because the high turnover rate? The not-recorded-changing-status-updates-as-you-just-need-to-replace-them? Is it because everyone else is doing it?

Really, I have no idea.

BlackBerry Messenger gives you the permission to actually speak your mind and no one gives a look. They will treat it as another noise and ignore it completely.

In fact, it’s kind of fun to scroll through the recent updates.

But yeah, I guess it’s fair. We have tried so hard to Instagram our perfect lives, to tweet our thoughtful minds, to check in at the-place-to-be on Facebook. So when people are given some slack on actually updating whatever they want to be updating without the consequences of it being recorded, they will jump at the first chance.

Ps. In case you are wondering, no, I don’t change my profile picture daily, nor do I update my status hourly. Old habits die hard.