In the spirit of Valentine’s Day, I think we should welcome Valentine’s Eve with a little love story. 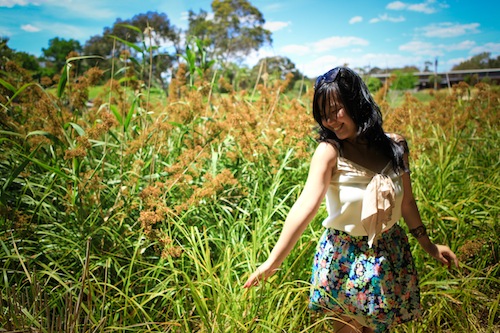 They were celebrating her nineteenth birthday.

She wore a simple, black-and-white-striped dress, and a black coat. It was autumn, and the weather was chilly.

She went to the bathroom for the sixth time, nervous of what to come.

She turned her iPod on and turned it off again. She tried to re-arrange some pillows on the sofa and made them look presentable. She put on her new flat shoes decorated with leaf-like crystals. She looked at the mirror for the eleventh time. She took a deep breath.

“Everything would be okay,” she muttered under her breath.

“Coming down,” she replied.

Shaking, she turned off all the lights and opened the door for her Mother. And they waited for the lift.

“We are going to a Chinese restaurant,” she said, trying not too sound awkward.

Her Mother didn’t say a word.

As the lift opened, she saw his blue Honda Civic car, spotless as usual. But he was not inside the car.

He was standing beside it.

Upon seeing her, he walked towards her Mother straightaway and gave a firm handshake.

“Evening, Ma’am,” he said. And as he opened the car door, her Mother released a smile.

And there she stood in silence, in awe.

He caught her eyes and she could see how nervous he was. But then he gave her the biggest grin ever.

And she knew right then and there that he would do just fine.