AS A CHILD, I love gifts. On my birthday each year, I would get many presents wrapped in colourful paper, and a cake with candles to blow.

My parents, who claim were not spoiling their children but actually did the complete opposite, never failed to get me gifts. If you happen to visit my parents’ house in Jakarta, you’d notice three full cupboards of barbie dolls, poly pockets, legos, stuffed animals, puzzles, comic books, and other stuff. Amazingly, even after their youngest child (read: me) has gotten married, those stuff are still there.

My grandparents have showered me with presents too. I remember getting traditional Chinese music instrument, kites, clothes, toys that walk, toys that talk, and my most prized possession (at that time): a PlayStation 1.

I love tearing the paper, opening a box of surprise that I hope I’d love at the first sight. Sometimes, of course, I don’t.

And like Dudley, Harry Potter’s cousin who demanded to have more birthday presents compared to his last birthday, I used to be obsessed on the number of gifts I’ve received. The more the gifts, the happier I was. Probably it’s just children’s logic—more toys mean, well, more toys.

Then I grow older. And as one grows up, one receives less gifts, up to the point that I’m no longer fixated about it.

I still love opening gifts, and it doesn’t need to be mine, actually. When my nephew and niece have their birthday celebrations, I’d be the one who’s eager to open all the presents—after getting the permission to do so from their parents, of course. Besides, my sister and her husband were too busy taking care of the children themselves, so in more than two occasions I ended up being the one who opened the gifts. Ha. 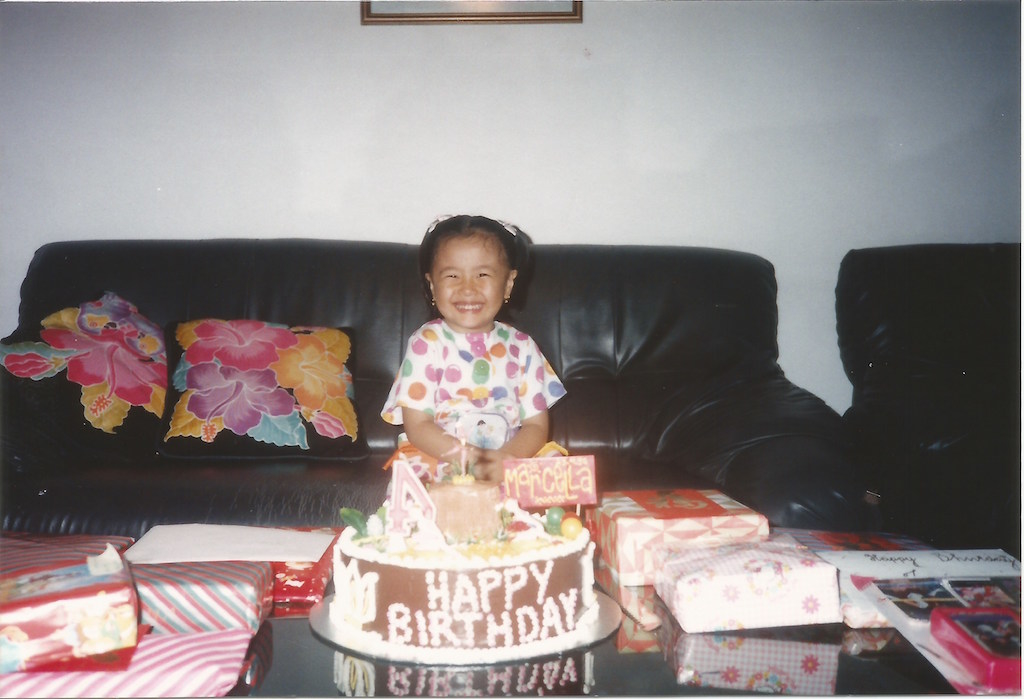 Proof that I love getting gifts as a child. Photo © by author.

So why am I talking about gifts? Well, if you haven’t noticed: It’s December already. Christmas will come soon enough. Or forget Christmas, there’s that birthday/graduation/anniversary/random occasion you want to celebrate.

But to get gift giving right is really hard.

You know what I mean. You probably have received some awful/weird gifts yourselves. Of course, even talking about it makes you feel uncomfortable—like, you really, really appreciate the thought behind it. But what if you really, really hate that stuff? You probably think it’s better not to get any gift. That way, at least, you wouldn’t feel the need to lie to the giver, and you wouldn’t need to feel like you’re betraying him or her by chucking it at the back of your closet until it’s time to do spring cleaning.

Plus, you don’t need to feel like you owe him or her something.

But if that’s the case, I hear you argue, isn’t it better to just not give, like, ever?

Actually, no. If that happens, the world economy might collapse. Not to mention millions of people who would feel unloved as their primary love language is receiving gifts. Nope. What I want to encourage instead is this: give better gifts.

And contrary to the popular notion, it’s not always something sentimental that’s better; it’s something practical.

An article on The Atlantic summarises on why we are bad givers. Quoting a study published by Journal of Consumer Research, it said:

“Ironically, the study finds that we’re awful gift-givers precisely because we spend too much time trying to be considerate. We imagine our friends opening a gift that is impressive, expensive, and sentimental. We imagine the look of delirious happiness and surprise on their faces (‘You really know me! This was so thoughtful!’) and the warmth we feel in return (‘Yeah, I do! Yes, I thought a lot about it!’). But there’s something that the most sentimental gift-givers tend to not think too much about: Whether the gift is practical in the first place.”

I have a friend who hates all things sentimental. Ish. Actually, let me rephrase that. She likes sentimental things when it’s just right—most people who give her this kind of gift just misses the bull’s eye entirely. She also dislikes gifts in general, because so few would get it right.

“It’s better to just not receive gifts. I’ll not feel guilty if I don’t like it, or feel burdened that I have to reciprocate the gift,” she said. “Sure, it’s the thought that counts. But that thing just sits somewhere hidden for, like, eternity.”

So what’s the solution to give better gifts? According to Scientific American, it’s to ask.

That’s what Tjok and I always do every year. Or actually, we’ve taken gift-asking one step further—by going shopping together and swiping each other’s credit card.

To that I’d say the surprise element is a small thing compared to hating hundreds of dollars worth of gift. That’s why I choose my own engagement ring.

Yeap, you read that right.

That being said, we probably don’t have this luxury if we’re buying a gift to someone other than our partner. It’s weird to take a friend shopping and letting them choose what they want, especially when we’re on budget. Asking them may or may not work—some people just don’t know what they want, or they’re being nice and not wanting to ask something that’s above our price range. 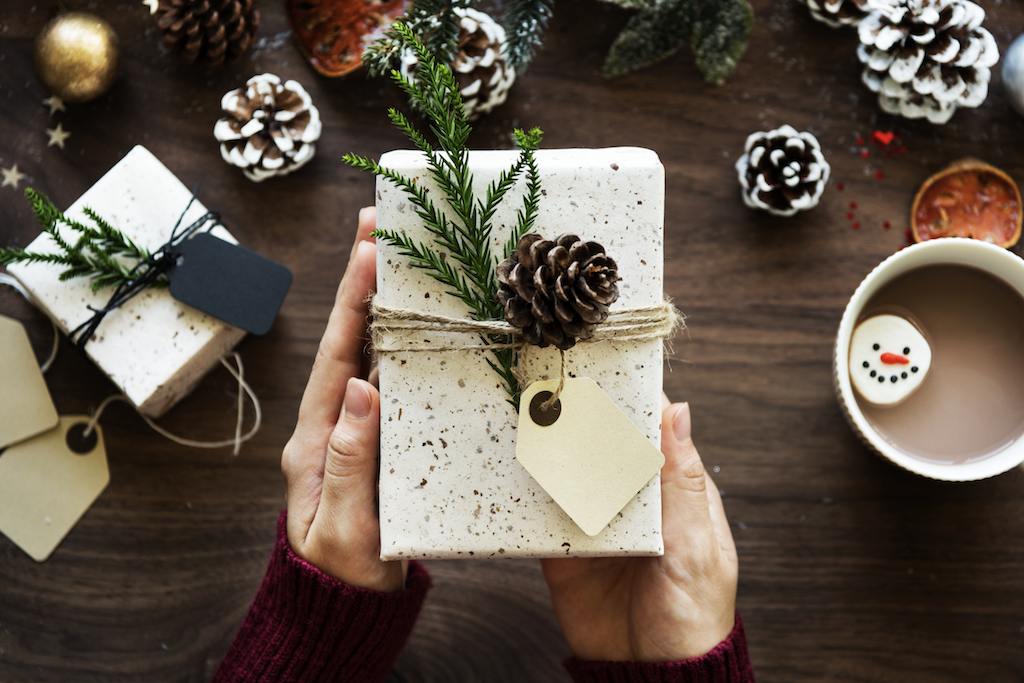 I have a confession: I’m a terrible gift giver. There are those people that consider gift giving as second nature, and I’m just the complete opposite.

I rarely, oh so rarely, buy gifts. I’m not really big on gift giving, never was, and still not is. My second sister and I, who were living in the same city as me, don’t even exchange birthday gifts regularly.

I still remember being totally clueless on what to give my close friend on her birthday before deciding on getting her a body lotion gift kit. It’s a decent gift with a decent price tag, but it just screams impersonal to me. When a group of friends join in to buy a gift, I’d usually be that person who suggests either weird or average stuff, and ends up just transferring the money and signing my name on the card—marvelling at whoever’s brilliant idea to get that-awesome-thing.

It’s hard to give gifts as an adult to another adult. We’re somewhat on that stage where we have all the things we need (more or less), and getting a gift in the realms of ‘want’ is a bit of hit and miss, as our taste is different to the receiver’s.

Despite all these, there’s only one thing we could do: We can try to be a better giver. And this year, I’ve been trying to do just that.

In fact, Tjok and I spent the whole month of August thinking and spending the last few of our weekend dates as boyfriend and girlfriend in shopping malls, looking for gifts for our bridal party and each of our immediate family members (Christmas comes early for our family this year).

I’m not sure if there’s this kind of tradition—of the bride and groom giving gifts to their family members during their wedding. But I remember my first sister giving me a Canon digital camera during her wedding, and we adopted the gesture. Besides, we rarely spend birthdays/Christmases/other celebrations together, so in this occasion we tried our best to shop for them.

We’d probably only gotten half of those gifts right. It was somewhat exhausting too, as we tried to guess the thing they like and would actually use. But we put in the effort, and all in all, we were happy with them.

If you’re shopping for gifts in the near future, and you’re bad at gift giving like me, remember about the practicality of the gift.

Try asking what they want. Stop visualising on how they will squeal in delight when they open your gift (because they probably won’t), and start thinking on how the gift will be used. You’re determined to spend money on this anyway, so don’t waste it on something that will not be touched in a decade.

…or just stick to gift cards.

Ps. I believe the Chinese people are genius to invent red packets, which are given in every occasion imaginable—Chinese New Year, weddings, children’s birthdays, funerals, or even graduations. But in exception of weddings and funerals, red packets mostly work for those who are giving to the younger generation (parents to children, grandparents to grandchildren, aunties to their nephew and niece). So in conclusion, we’d still need to embrace the notion of gift giving.