Last weekend, my fiancé and I looked at each other in the eye way much more than in the six years of our relationship combined.

I mean, how often do you actually stare into your significant other’s eyes for more than three seconds? Rarely, I’d presume. Perhaps when you say ‘I love you’ or when you’re extremely annoyed of him being late and thus giving him the look. But still, rarely. 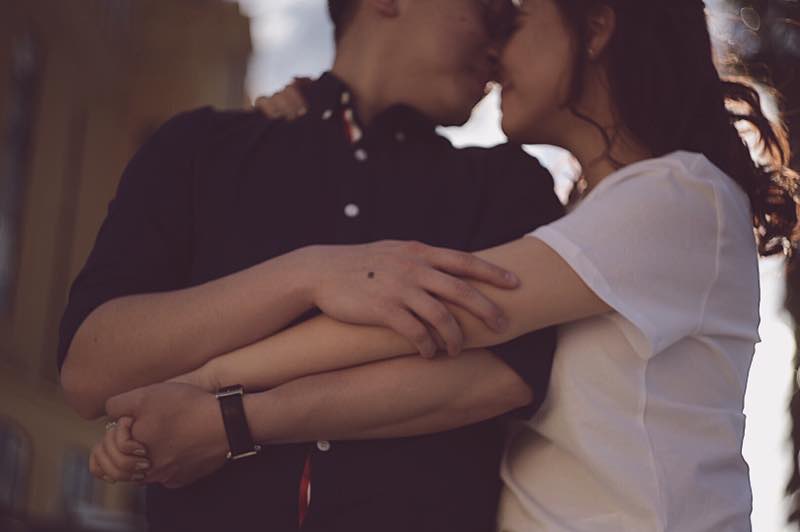 Teaser of our prewedding session. Photo by Joshua Chan.

No one ever told me what to expect on a prewedding photo shoot [prewed], or shared their story of how it’s done, so all I know is bells and whistles.

I’ve browsed through countless pictures of others’ prewed and I thought, ‘Oh, they’re so wonderful’. All descriptions given on those photos are how romantic the couple is, how they are made for each other, and how in love they are in. Everyone talks about the matching outfits, the make up, the chemistry, the magical landscape, and occasionally the awesome weather.

But no one ever told me about the physical and mental toll.

In other words: It’s tiring.

I repeat: It is very, very tiring.

Actually, my second sister probably did tell me, but somehow it didn’t register in my mind.

My fiancé and I opted to have a two-day prewedding session. We had four outfits—one boho, one casual, one semiformal, and one formal attire. We went to six locations. We had morning, sunset, and night shots, with quite a good number of breaks and two power naps in the car.

In all honesty, our itinerary was not that ambitious (by Indonesian standard). We did our photo shoot locally. We had a car. And I only wore four outfits. Others may have worn eight different ones. I only had one dress that required someone to help me to wear it. Others may have five.

Still we collapsed, and I wonder how Indonesian couples who travelled to Europe with super big gowns survive their days. Especially those who get around with public transport. Respect? 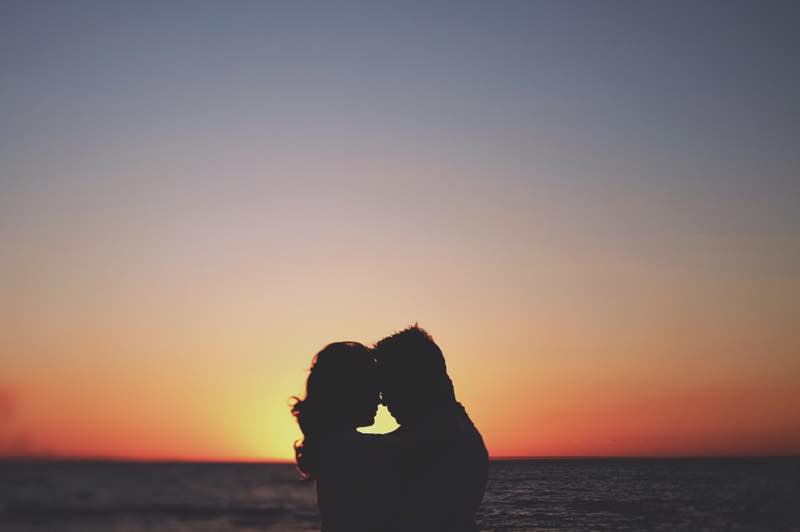 All in all though, we had a blessed session.

People were congratulating us (to my fiancé’s dismay—he’s the shy type): some passersby, drivers who made the effort to roll down their windows. A group of Korean aunties complimented my make up, and I was beaming. (How often do you hear strangers saying nice things to you to your face? I’d take that.)

We witnessed a random act of kindness too. One Caucasian lady knocked on our car and gave us a full day worth of parking ticket, as she was about to leave.

Plus, it was two days of good weather, and if you’ve lived in Melbourne, that was a blessing indeed. In fact, the day after our prewed we’ve seen the coldest day in autumn so far—it was raining and windy—the temperature dropped by about fifteen degrees.

So would I do it again?

Absolutely, especially knowing how in love we are with the pictures (that we skimmed through on the camera). That being said, my charming fiancé kindly told me to not set my expectation too high as I may not look as pretty as I thought I looked. In his words: ‘The camera screen is too small, it might be different on a laptop.’ He was teasing me, I think. I hope.

Plus, you get to discover each other in a deeper level. Prewed is intense stuff, so it’s actually somewhat a test of both your characters.

I’m generalising, but is the girl too obsessed with taking good pictures that she neglects her partner’s needs altogether? Or is the guy cranky and whining about how much he’s sacrificed to do the photos the entire time? Is she flexible enough to have her plans changed due to unforeseen circumstances? (Him being late, weather being uncooperative, traffic being a pain.) Is he understanding enough of the girl’s wishes even when all he wants is to watch TV and sleep?

Okay, I admit that I was a bit unhappy when my fiancé was late on the first day as I had woken up two hours before him. But I hope I bounced back pretty quickly from that. And I was late the next day as I had too much fun chatting with my make up artist, so I guess we’re even.

Furthermore, it turned out that him being late was the best thing that could’ve happenned. We had to swap our itineraries between the first and second day, but because of that we managed to get our beautiful sunset shots. It was raining for a bit on the second day. Silver lining.

Would he do it again?

Absolutely, although his reasoning might just be to make me happy. But I am positive that he’s in love with the pictures too. I hope.

Is there something that I’d do differently?

Not really. Oh actually, there’s one thing: I wished I had worn sandals everywhere and changed into heels for the pictures. During the night shots where I donned a formal gown, I ditched the heels entirely and wore my flats.

Although while on heels my fiancé became my walking stick and he did it oh so lovingly. He’s saved me from falling at least four times, and gotten a brownie point because of that.

I can give you tons, but some of the more important things:

I want to do a few more posts about our prewedding session, but I’m not even sure that any of you would read this post till the end. So if you’re reading this, thank you. 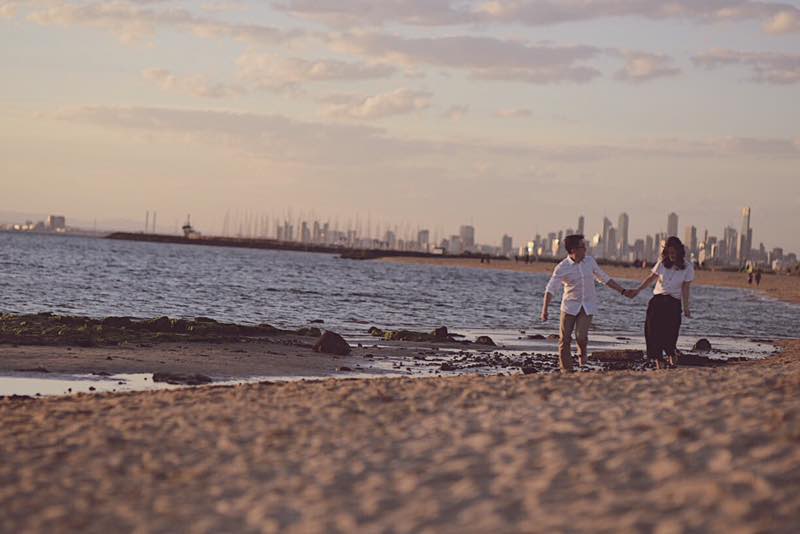 Can I share just one more pic? I couldn’t resist. Photo by Joshua Chan.

Ps. Thanks a bunch to my make up artist, ci Elly Liana, who beautified me for two days. Apart from the make up, you made my day with your stories. I can’t wait to see you again in September.

P.Ps. Thanks a lot to our photographer and good friend, Joshua Chan, too. I’m so excited to see the pics as the teasers are that good. Oh, no pressure to finish the editing. In Tjok’s words: ‘He needs time to do his best job.’ Haha!

P.P.Ps. Thanks Hunny for wanting to do two full days of photo shoot. I know you were extremely tired, but think of all the brownie points you’ve gotten from me.