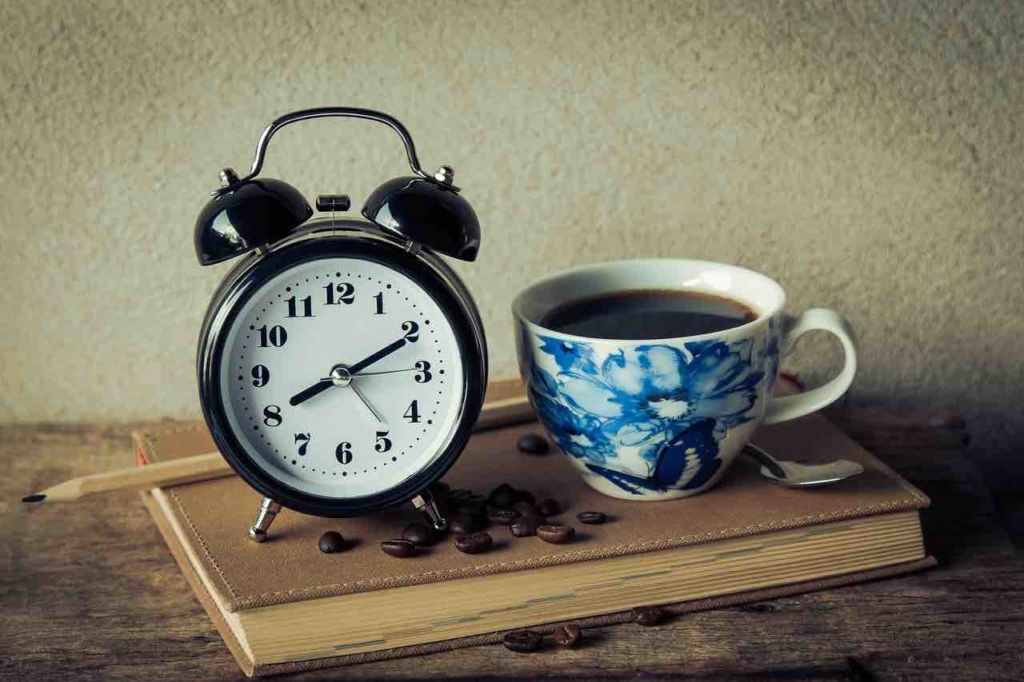 Changing a habit is hard.

Probably you’re already an early riser and you can’t really connect with my story. But say you’ve been meaning to exercise more, or to incorporate five serves of veggies and two serves of fruits into your diet. Perhaps you’ve been wanting to sleep earlier. Guess what? It’s easier to just admit defeat and say, “My diet starts tomorrow,” and revert back to our old way of doing things.

Case in hand: I’ve been trying to take a walk around my neighbourhood for 45 minutes each day, and in the past three weeks I’ve only managed to do it four times. I used to be a member of the badminton team when I was in high school, but now my exercising habit basically *only* includes walking inside the shopping mall during the weekends. And I really detest the gym.

Improving sleep hygiene is also equally hard. Both Tjok and I sleep considerably late—on average we hit the bed at eleven-thirty. We’ve been meaning to sleep earlier, but somehow we always end up doing something that stretches our day even longer. I blame the screens (TV, iPad, iPhone, so on).

Thing is: we usually know deep down which of our way of doing things that aren’t good. We just choose to ignore it.

I know I have to exercise. I know that Tjok and I have to go to sleep earlier. But it’s easier to swap exercising time with reading a book, as I reassure myself that reading a book is good for me as well. It’s easier to just sleep later to finish the movie, or to steal ten more minutes of mindless scrolling on Instagram. And if you live on takeaways, well, it’s easier to buy delicious food instead of cooking them yourself—especially if you dislike cooking, washing up, and doing grocery shopping in general.

Our way of doing things is our comfort zone and while it may not be good for us, it’s familiar. It doesn’t require you to exert any kind of mental or physical energy to do it.

So upon my successful attempt to change my morning habit, here are a few takeaways for you to change yours:

1. Don’t start everything all at once.

I haven’t mastered the art of waking up at eight-thirty every morning before I jumped onto the walking around the neighbourhood thing. And yes, I sort of failed at forming any kind of daily exercise. Stick to one habit to change at a time. You’ll feel less miserable.

It just doesn’t work. If I set up the goal to wake up at seven straightaway while my usual waking up pattern is three hours later, I’d just fail every single day. Start small and reevaluate your habit every few weeks. You’ll get there eventually.

3. You have to have a higher, specific goal.

“Wanting to be healthier,” doesn’t cut it. “Losing a few kgs,” don’t work, if you don’t have a clear goal of when you want to achieve it or for what. Reward system doesn’t really help for the long term either (I can’t even wake up for coffee, and I LOVE coffee). But figure out why you want to change a certain habit. Like, why do you want to be healthy? Is it to have more energy during the day? To be less stressed? To live until a hundred and be able to play with your grandchildren when you’re fifty?

I choose to create a habit of always cooking vegs and eating fruits after dinner so Tjok and I can reduce all the associated health problems that come with eating unhealthily. I even convince him to bring lunch to work now, instead of him grabbing another burger from McDonald’s because it’s convenient. We even grow our own organic vegetables. Talk about dedication. Heh.

And as I mentioned before, I wake up earlier now to care for the plants (and the husband). Nothing changes a habit quite like this—when you know another living being is dependent on you, be it plants, pets, husbands, or babies, you’ll do what you can.

I still struggle with the daily exercise habit as I don’t, as yet, have a higher goal. I feel fairly healthy. I’m married—so I have less motivation to keep in some sort of shape. Guess I’ll start small.

So… is there a habit you’d like to change? Any tips to do so? Share your story!